Yet another Valentine’s day :)!! 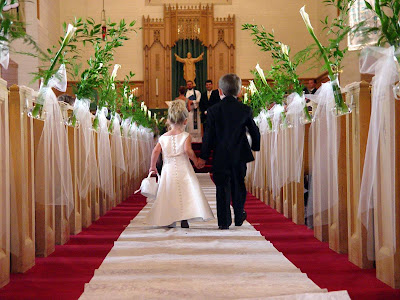 So, yet another Valentine’s day it is. And today I don’t know why I got reminded of the way we used to celebrate Valentine’s day in college. It was not just any other day as it has become over the years for all those poor mortals like us deeply involved with our all time valentine that is work :P :)!!But yeah, when I now look back at the way Valentine’s day used to be celebrated in college it brings back a lot of memories….it was definitely not just another day…It never mattered to us as to who really had a valentine and who did not among us we nevertheless made sure we make the day special for ourselves. Apart from the tiny little gifts (not exceeding Rs 50 in price) that we used to buy for each other and make sure that every single person in the hostel wing is bestowed with the precious little gifts although it meant almost crashing the room doors if the poor girl has gone to sleep on Feb 13th midnight…there used to be a lot of enthusiasm in the air…or do I call love in the air :P…yeah, I could just that the love was for the tiny miny gifts :))!!We made sure that each of us were dressed in something close to red on that day…close to because not many of us had red dresses and the rules were such that even a thread of red in ur dress would do :)!!And not to forget about the wonderfully planned pranks that we used to play on each other….we would carefully order for a pink rose targeting the most innocent and gullible mortal among us as the victim and plant the rose on the poor soul’s door…the rest of the events that followed this does not need a description…its obvious that the poor soul would be tormented till she is close to freaking out and that’s when the actual truth would come out followed by a thunderous guffaw :)!! And there were even a few of us who used to buy gifts for themselves , wrap it up with a nice beautiful gift wrapper and open it at dot 12 ‘o clock and celebrate th day…no matter how crazy it sounds but it had its own excitement :)!!And ofcourse a good dinner in those five star dhabas always topped it all.
And now those sweet little celebrations seem to have gone by long long ago covered with layers of responsibilities and priorities…but even then they do lie somewhere back in the mind and surface on these special days called “Valentine’s Day” :)!!I have heard many a people referring to such days as waste of time…for that matter few people don’t even give much relevance to b’day celebrations and other such special occasions…they are even referred to girly stuff sometimes.But girly stuff or not all such days do hold some relevance and the significance is that they never fail to bring up a nice wide smile keeping up their relevance and speciallity.So, inspite of the grim an serious faces around typing away in fury on the keyboard….inspite of the horror of the approaching deadlines of code-submissions…inspite of everything the day 14th Feb whenever you see this date on the calendar it does bring back all the dust laden memories back.And you don’t feel like its just a ‘Yet another Valentine’s Day’ is it ??!! :) Wishing a very special Valentine’s Day to one and all :)!!
Posted by Ira Mishra at 12:24 AM